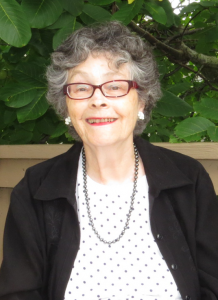 Kay grew up in England and moved to Canada with her parents when she was a teenager. Shortly after arriving in B.C. she met her husband, then serving in the Canadian navy, in the unromantic setting of a dog club
banquet. Later, Kay and Bob lived in Winnipeg and Thunder Bay before
settling in Vancouver where they made their home. Kay has two grown sons
and, at various time, has more or less willingly shared her house with
dogs, hamsters, gerbils rats and ferrets.

‘In the summer of 2020 Bob lost his battle with cancer. Since then Kay and her younger son, Adrian, have shared the family home and continue to host the neighbourhood dog park.’

Over the years Kay had more jobs than she can count, many of which provided invaluable background for her stories. In 1986 she sold her first book, A STAR FOR A RING, to a publisher in England. Since then she has written more than 40 books, novellas and short stories which have been translated into over 20 languages.